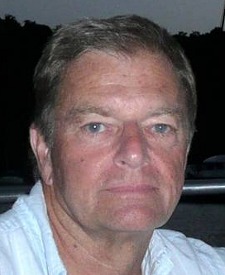 Paul Ferguson was born in England, spent his childhood in Ottawa Canada and obtained a BA degree in History from The State University of New York in Oswego.

Ice hockey may have been his first love, but writing soon took over as his number one passion.

His writing career began in the 70’s when he wrote lyrics for pop songs, radio commercials and the film score for the movie Assassin. In addition to writing for artists such as Lyn Paul, Chicory Tip and Crispian St Peters, he also wrote lyrics for the winning entries at the Japanese, Spanish and Irish song festivals.

After playing professional ice hockey in Europe, he spent over twenty years as an ice hockey commentator working with the BBC, ITV, Sky and Eurosport covering five Olympic Tournaments and over ten World Ice Hockey Championships. In the mid eighties he wrote a book on how to play ice hockey (published by David and Charles). Paul also worked for the UK Immigration Service before setting up Ferguson Snell, a leading immigration consultancy. He and his business partner, John Snell, sold the company in 2006.

Short film script writing earned him a BAFTA nomination for ‘My Darling Wife’ in 2008 and since then several of his scripts have been made into short films.